Your Audience or Niche?

Your audience is your niche.

I hope you’ll give me a little leeway here while I tell you a quick story and then tie it in. By the way, telling stories is a phenomenally successful way to get the attention of your audience! (Here’s a great book about storytelling in marketing.)

When I was in a rock band (in my younger years – think Pat Benatar meets Chrissie Hynde – 80s) I learned quickly who, in my audience, was the most important for my band’s success. It doesn’t take a whole lot of thought, in this case. It’s pretty obvious, to me anyway. Though, I have to admit not all bands think about it.

Since I was a musician, with a business head, it was easy for me.

If I could make the women in the bar feel welcome, comfortable and safe… the guys always show up. These women were my niche.

I was merely one of the singers in the band, but also played guitar, as well as adept enough on piano to play a few songs. I understood that a lot of women would have loved to be on stage like I was. Suffice it to say, I wasn’t awesome, but good enough to impress most people in the bar (especially after they had a drink). Basically, I had the courage to be on stage. That’s what they saw. In a way, I was enviable.

My strategy was to make the women there feel like they were special friends of the band. I’d go to their table, take their hand, and lead them onto the dance floor, along with others. Often I’d also get a guy and put them together on the dance floor. They all loved it. When they knew we were playing anywhere, not only did this group of women show up, they brought more and more friends… Organic growth!

The bars we played loved it because often we broke records for packing the place and bar sales.

You see, the customers of the bar wanted to feel like rock stars. Some probably dreamed they could be, might be, or will be someday.

What’s this got to do with it?

Think about it. Your niche is people who want to do or know what you do – like you… so be YOU. Your niche audience is other people like you, with similar interests, preferences, hobbies, positions, businesses… they are like-minded!

You don’t have to be a rock star but they will think of you that way. They want something you’ve got. And that is valuable!

Go be the rock star you are. 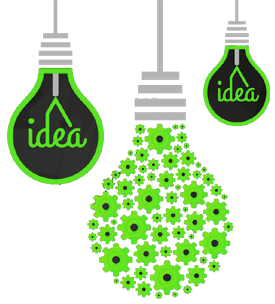